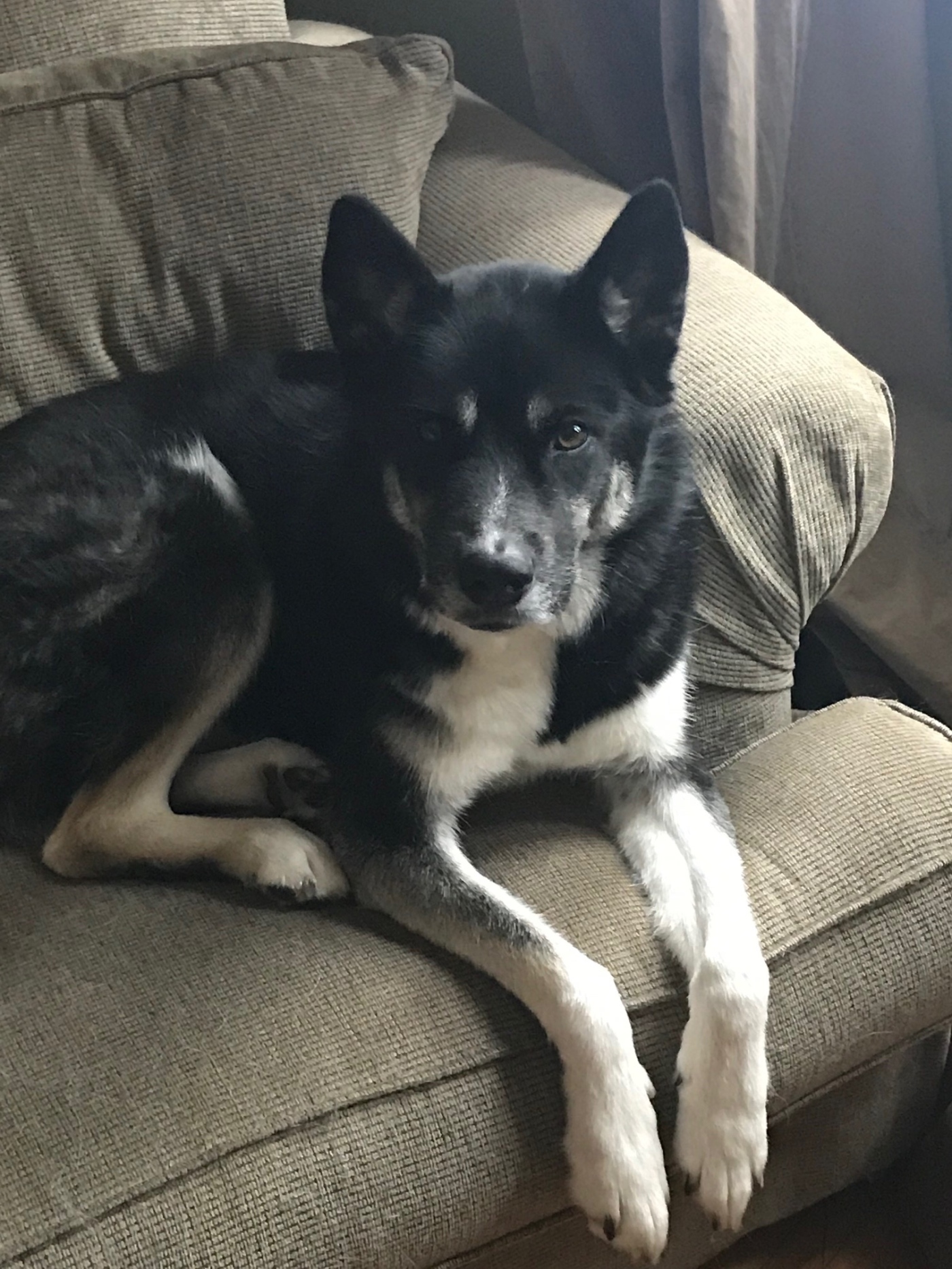 I recently learned that there has been a substantial amount of  crossover between conventional medical services, i.e. clinics, hospitals, and veterinary services. What type of crossover you might ask? Drugs. Specifically, prescription drugs. I’ve brought Kevin in again on a consultancy basis for this post, and initial reports don’t look good.

As you are well aware by now, the opioid crisis has reached epidemic levels. In 2016, over 42,000 people died from opioid related overdoes, and 40% of those deaths were caused by prescription drugs. In the midwest, where I live, the rate of overdose deaths appears to be getting worse, as shown on the chart below, increasing 70% between 2016 and 2017.

As the law struggles to catch up with manufacturer and pharmacy abuse, demand continues to increase, particularly in cities, for opioid prescription medication. Of course, for the addict, when a regulatory body closes a door, a dilapidated and smoke stained window opens. That window appears to be an unlikely source: the veterinarian. Tramadol is a pain-killer similar to the opioids used by addicts, and is frequently prescribed by veterinarians to ease the suffering of injured animals. From broken legs to sprained tails, Tramadol can be used to treat a wide variety of injuries in our pets. Ethically, we have a responsibility to promote their happiness and reduce their pain (Kevin is a close student of John Stuart Mill and had asked that I add this). We can’t neglect the fact that pets will require some pain medication from accidents or illness, but evidently humans can’t be trusted to allow them that treatment.

Some addicts are now turning to their vets to get their fix. They’ve been operating in the dark largely due to the lack of media coverage, and the quantity of pills in some cases has been staggering. In one case, a raid in Oregon found 100,000 pills and rescued over a dozen dogs. Some garbage people have resorted to intentionally injuring their dogs just to get pain medication from the vet. The FDA released a statement in August outlining some of the challenges vets will face in the context of the opioid crisis.

Vets are not, and should not, have to be in a position to treat both animals and humans, particularly when it comes to something as complex as opioid addiction. So, is that it then? Are people not to be trusted? Will we require that pets only take the pain medication under the supervision of the veterinarian? Out of convenience sake I hope that will not become the case, but surely guidelines will continue to tighten as addicts continue to pilfer the stash of poor dogs like Kevin.

With our ridiculous health care system and its overinflated costs, people have been googling whether or not its safe to take their animals’ antibiotics instead of going into the doctor for a prescription. This presents a host of issues, but probably most prescient is that the use or misuse of antibiotics can foster the growth of drug-resistant bacterial infections. Additionally, the dosage and inactive ingredients in pet medications may differ from human prescriptions and pose a risk to human health if taken.

So, is the veterinarian really the next savior in human medicine? Have we come to that point in our absurd society? Well, let’s take a look. Let’s begin by linking cost to utility. Utility in this case is the health outcome and wellbeing of the human or animal. In this scenario there are two drugs. Drug H is for humans and drug A for animals. Both H and A cost around the same to produce, but have different utility curve. The utility curve represents a function of how “positive” a health outcome is over what it costs to achieve that outcome.  The utility curve for drug H is determined, chiefly, by the fact that humans own money, and have discretion on how to spend it. Further, as self interested beings, humans will spend more on their own health versus the health of others.

The utility curve for animals looks very different owning to the difference in agency. Animals do not own their own money, and cannot spend more money on their own health versus the health of other animals. This creates a yawning disparity in the utility curves of each, because aside from generalized medication which all animals would receive from food (farm based antibiotics), individualized medication to a given animal would be tempered by the owner’s utility (having a healthy pet), as well as  to the pet’s individual utility.

This means that for the desired health outcome, a human’s utility should actually be higher related to price than animals since humans can decide exactly what to spend on medicine. If fact it is the opposite. For antibiotics specifically, people look to use animal’s prescriptions as a cheaper alternative to that they can get better health outcomes for a lower price. Now we have a situation where the utility curve for people looks more like “curve C” in the chart below(if the x axis were cost), and the animals’ curve looks more like “curve A”. NOTE: This chart is for illustration purposes only and I don’t mean to suggest that we can start treating human health with tomatoes.

If it were true that the drugs H and A cost the same to produce, and were available in the same supply quantity, then something is fundamentally broken with our medication system. It would mean that dogs, for example, receive a higher utility for their medicine by cost without having the agency to decide whether to spend dollars to receive that utility. Crucially, I don’t know whether a dog antibiotic costs the same to produce as a human antibiotic, but if it were true, then let’s let veterinarians start prescribing to people!

No, seriously! If the absurdity of our health care system is to continue status quo, let’s have animal doctors start treating people as well. For basic care, such as annual check-ups and blood pressure, simple blood tests and sprained ankles, lets have veterinarians start performing those tasks for people. For any mammal related care which translates to people, we can have veterinarians provide care for a fraction of the cost, after considering deductibles and premiums. This tactic for improving health outcomes, which I’ve written before is lower for the U.S. than other developed countries, could serve two purposes:

Clearly this approach would not actually work in the mid to long term, but the adaptability of consumer preferences to unorthodox suppliers can sometimes show where the market has failed, especially in sectors where the market truly has no place being. Honestly, if a veterinarian can treat the broken leg of a prized racing horse, she can tell me whether my ankle is sprained or not, and I would trust her assessment.

To sum up, absurdity may be our friend here in reworking the healthcare market. People already abuse the veterinarian system for opioids, and the current administration has done very little to combat this. I say, let the flood gates open and provide people a nice veterinarian to get their annual check-up. Maybe lawmakers will fully realize then, after nana goes to see the horse doctor for her hip replacement, that scoring drugs from the vet isn’t the only problem with healthcare.