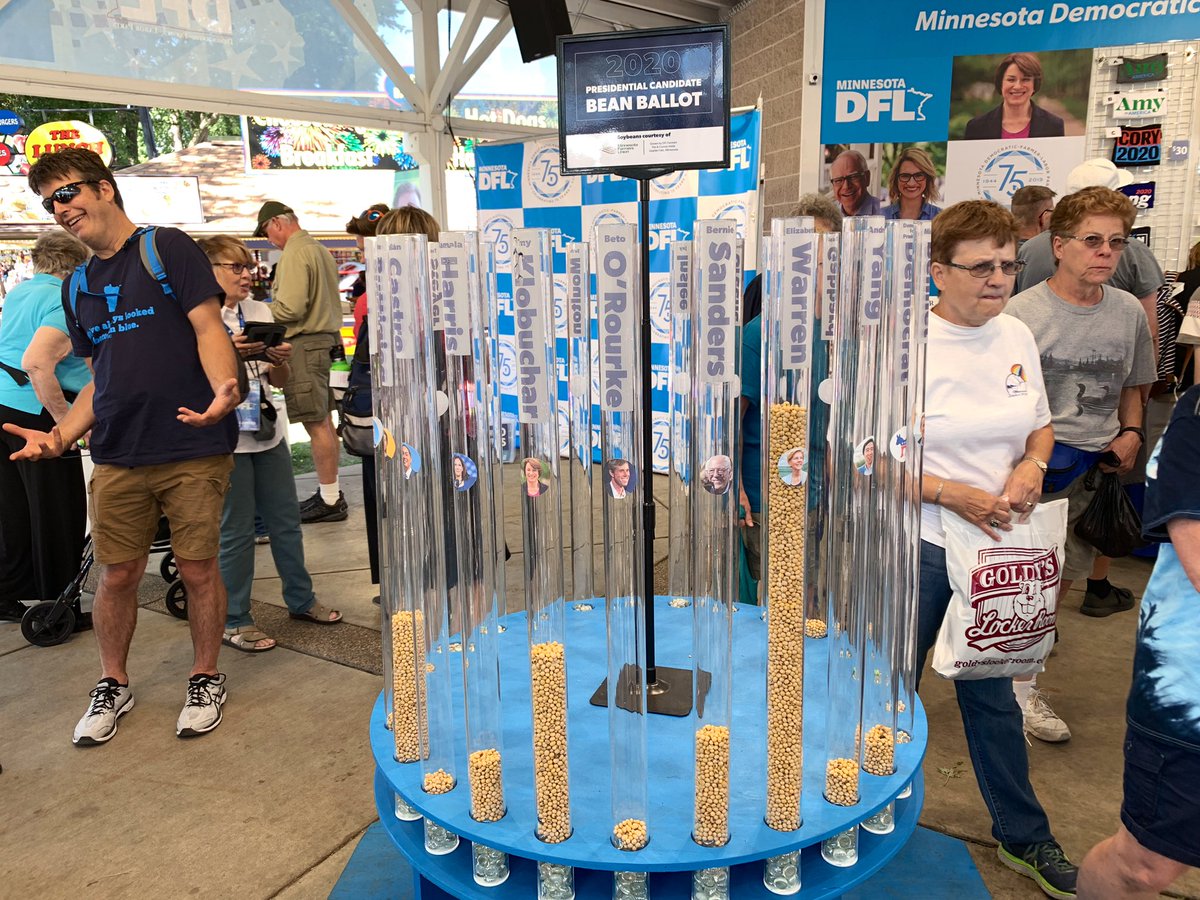 At the DFL booth(DNC for non-Minnesotans) at the MN state fair there was a novel way to gauge voter sentiment toward the candidates: soybeans.

There were tubes for each of the remaining candidates, as well as a generic “Democrat” tube, for which the purpose seems redundant. As you can see on the far left, Sanders has a decent following. Klobuchar, riding that sweet home team support from her native Minnesota is center left. Who is that monolith of support in the center-right? That’s right, Elizabeth Warren. I was suprised nearly to the point of suspicion at this. Minnesota was a state that chose Sanders over Clinton in the DNC primary.

To me, Warren is a bit like Clinton-lite, with the exception that she is more aggressive on banks. Unless I have wildly misread current Mn primary voters, someone must have snuck in and unloaded a very small wheelbarrow of soybeans into the tube during the night. Sanders policies have largely not changed since 2016, so the vastly disparate level of support between him and Warren seems to be a mystery. This assumes that the soybean poll methodology is sound, and a true bellweather of primary voter support, which I totally believe it is.